Entertainment pundit Kwesi Ernest has advised musicians against downplaying the significance of managers, record labels and companies in their career development.

Speaking on Daybreak Hitz, on Hitz FM Monday, he said, it is disheartening to hear artistes discredit the management they worked with even though they had help moving from newbies to pros.

“If all the promotion was easy why didn’t your relatives do that work for you. The moment you (an artiste) recognise they promoted you, then, that is the work they did for you,” he told the host Andy Dosty.

Kwesi Ernest said it was unfair for established artistes to paint record labels black after they have been pushed to a higher level in the industry.

His comment comes after singer Stephanie Benson had advised artiste to work without record labels.

She stated that “a true artiste needs no record label” to survive.

However, Kwesi Ernest who disagrees with the assertion stated that an artiste can release numerous music but the majority of the work is always done by managers and record companies, who invest their thousands of cedis to ensure the success of the artiste’s works.

Citing an example, he revealed that Rufftown Records CEO, Bullet, had once fought a media company for not playing Ebony’s songs even though she was about to have an interview on their platform.

“As a musician after recording, you need the visibility that will blow your craft to the world and that is what someone has dedicated their lives to do.”

He stated that called on record companies, labels and managers to sit up and stop some of these narratives from spreading.

Kwesi Ernest explained that such narratives can hurt the managers’ careers and the labels’ image. 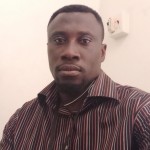